There Were Giants in Those Days 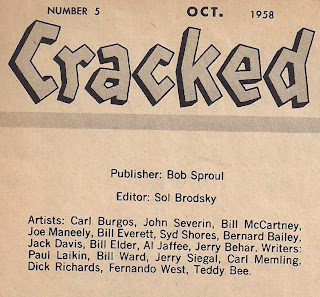 From the contents page of Cracked #5, October 1958. We see here half of the once-and-future Marvel Bullpen along with the once-and-future Mad Magazine "Usual Gang of Idiots". The creators of Superman, The Human Torch, and The Submariner rubbing elbows with the artists behind Little Annie Fannie and Torchy. And for all that, it still reads like any issue of Cracked from anytime during its 50-odd-year run.

At this early date, John Severin is already the workhorse of the magazine, followed closely in term of pages by Bill Ward (who also appears here as "McCartney," I think). Severin does front and back covers and two strips. 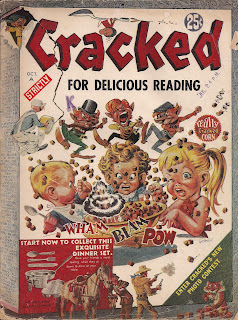 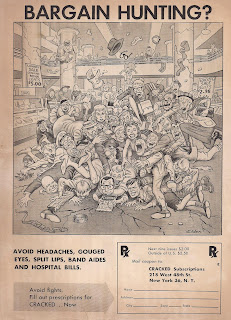 And is this a self-portrait of Human-Torch-creator Carl Burgos? Look closely: 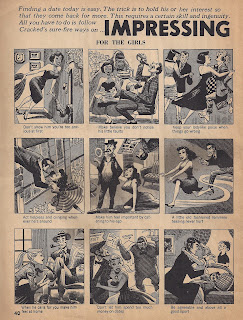 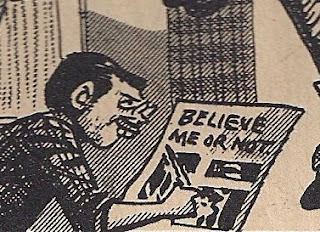 Some nice post-EC early Jack Davis in this double-page spread. There is just so much going on here! 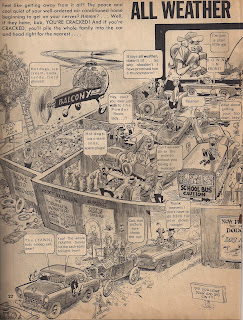 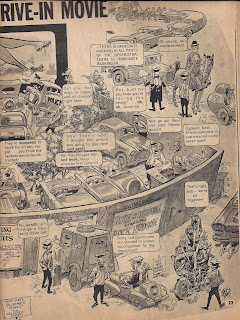 Lots of quality stuff here, the knowledge of which is bound to make you popular with the opposite sex. 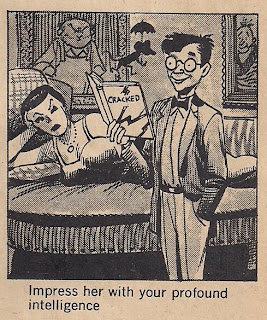 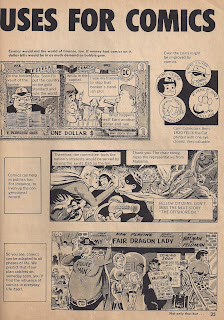 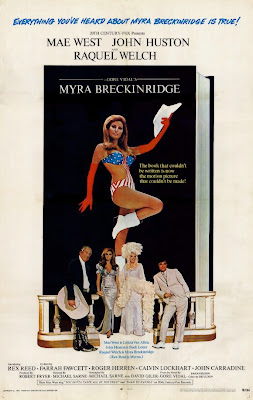 “I’m quite happy with Raquel doing it,” recalls [Myra Breckinridge director Mike] Sarne, who nonetheless screen-tested her. “Because she has a marvelously artificial way of acting. And you could totally believe that she was a sex-change in a mad sort of way …. To me she fitted kind of stylistically into my Pop-art gallery. And Mae [West] fit into that, too; the pose, the walk —‘I’m Pop art, I’m a Marvel comic.” —quoted in ” Myra Breckinridge: Swinging Into Disaster” by Steven Daly, Vanity Fair’s Tales of Hollywood (Penguin, 2008)
Posted by BK at 1:53 AM No comments: