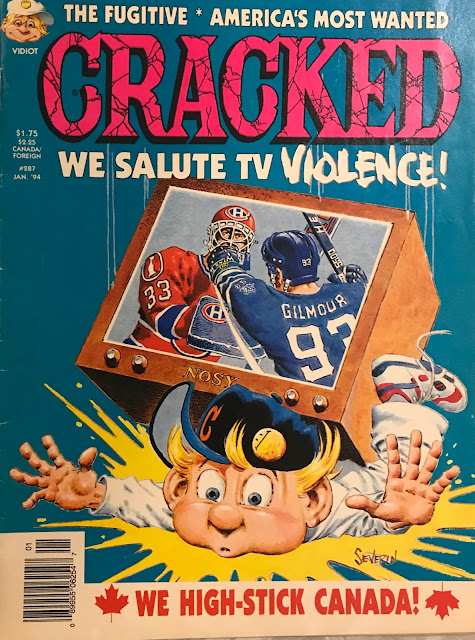 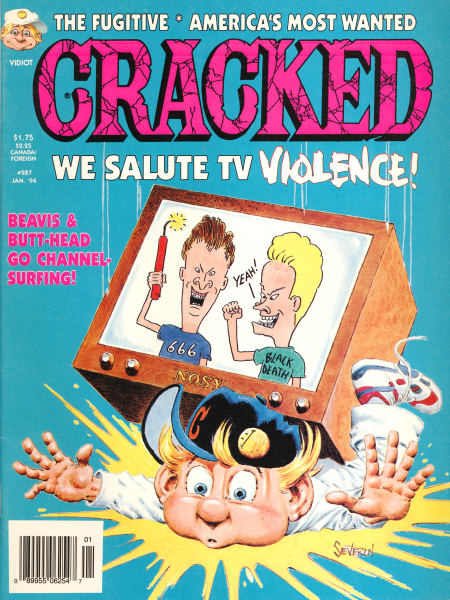 Way back in 1994, Cracked Magazine went Canuck-crazy with a special variant edition lampooning Canadian culture, a shameless pandering that only the geniuses behind a bargain-basement version of MAD Magazine could have conceived of (although there was a French-Canadian version of MAD produced by the gang behind Croc around the same period that ran for a few years). Beginning with the cover, instead of the Beavis and Butthead parody U.S. audiences were treated to, the Canadian version boasts a John Severin-drawn hockey punch-up featuring what appears to be legendary Toronto Maple Leafs brawler Doug Gilmour. The rest of the issue is dotted with a smattering of Canadian-themed features, including a generic Don Martin gag with a Newfoundland setting randomly inserted in the title. 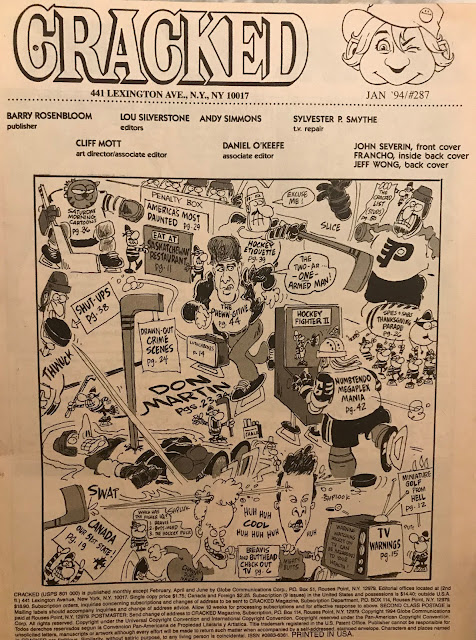 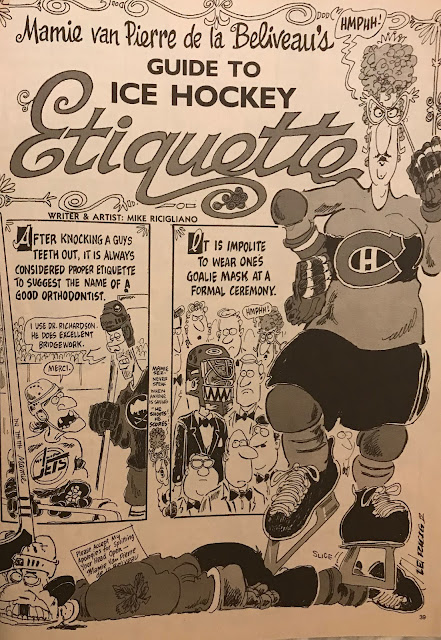 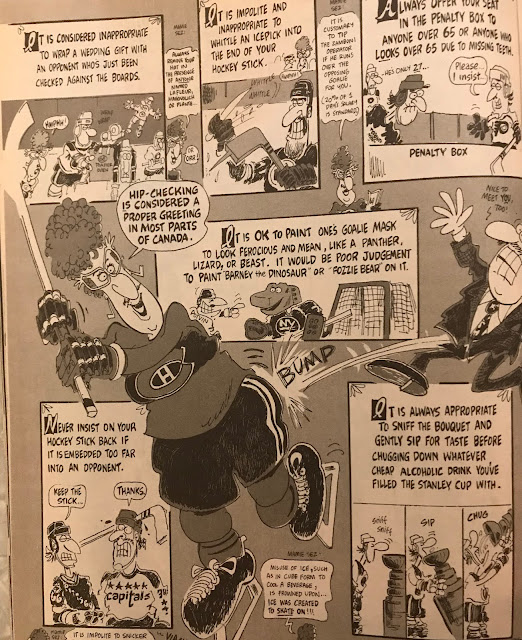 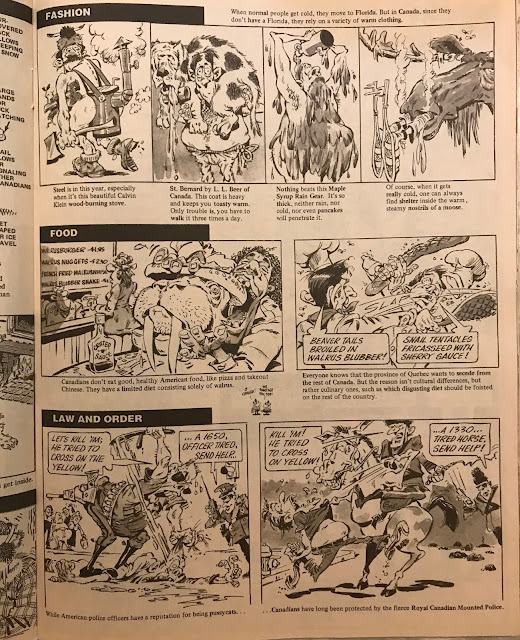 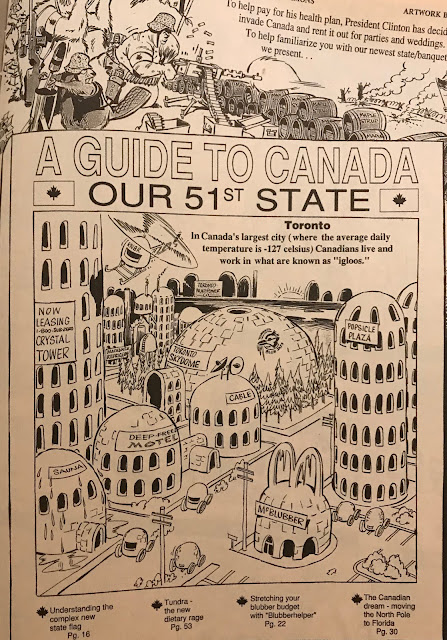 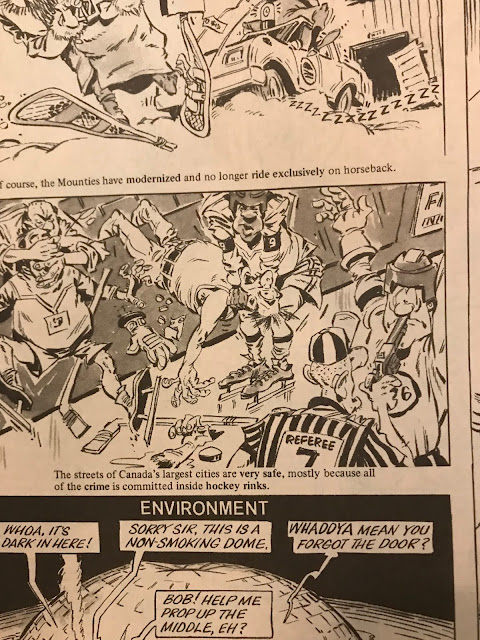 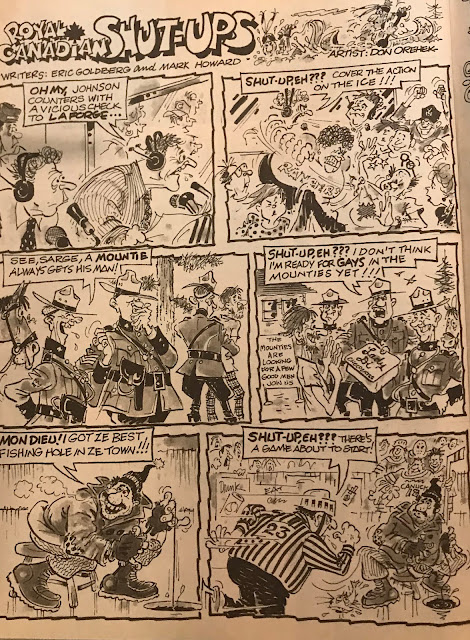 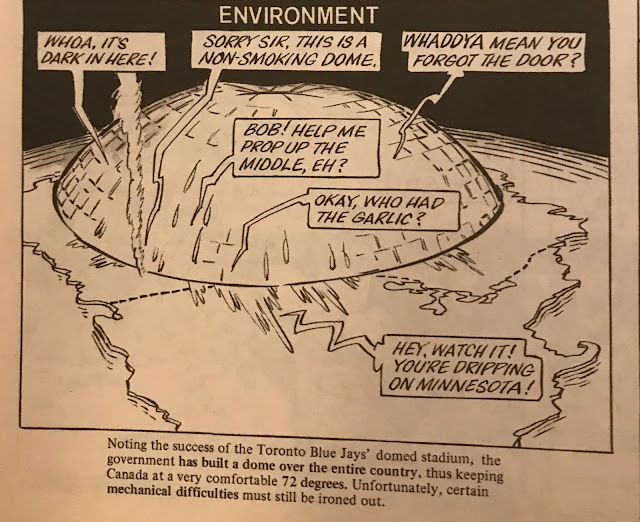 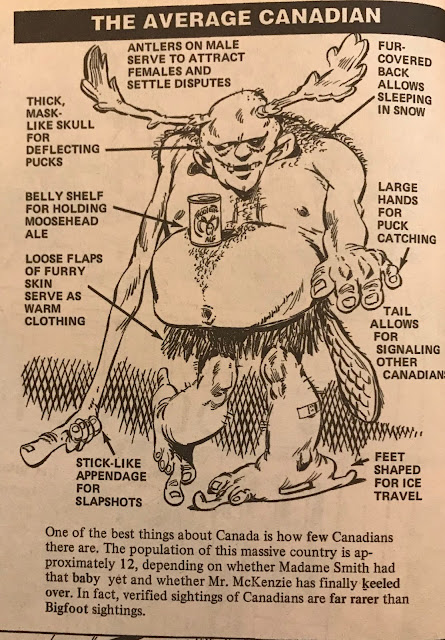 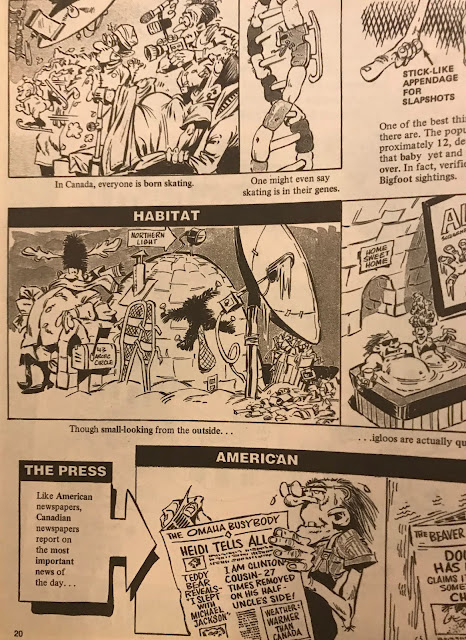 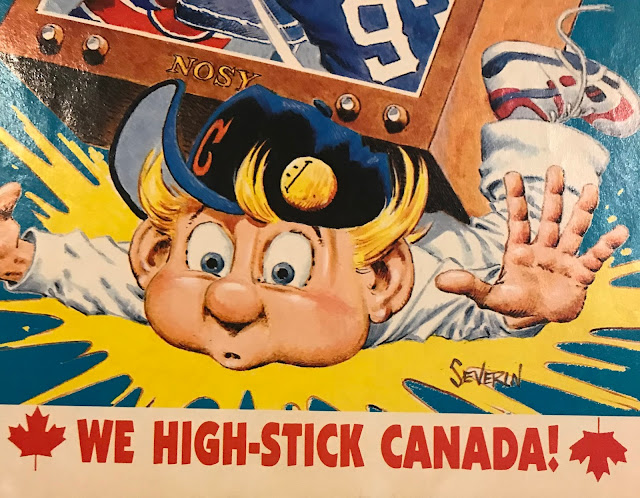