The Week in Me: Sequential Updates 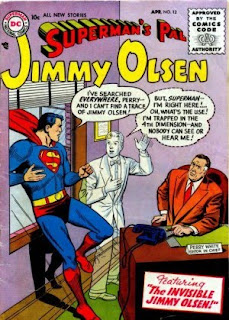 The Invisible Reporter brings the goodies. Things I like, things I wrote. A personal linkblog.

-To start the new year off right I broke the news about Seth's upcoming graphic novel. Scoop!

-I also did a round-up of the past year's major stories in Canadian comics news for my annual Sequential Year in Review.

-Feeling ambitious, I finished cobbling together the Top Ten Canadian Graphic Novels of the Decade list.

-The other fellows at Sequential put together a podcast about 2010 as well. One of the things mentioned in the podcast is how Ho Che Anderson has seemingly abandoned comics (I think I first saw it mentioned in the interview he did with Howard Chaykin.) Anderson's King was one of my top 10 comics of the decade and his work is seriously boner-inducing. If this news about his "retirement" for the world of film is true, he would be the third person on my list to quite comics. 3 out of 10. How weird is that?

-I know there were a ton of Canuck cartoonists in the latest issue of Marvel's Strange Tales II, but I think my favourite piece was the most American: Benjamin Marra's USAgent story. Marra's Night Business comic is pretty awesome and gives me quite the critical boner.

-Is this legendary Jack Ruby strip by Jack Kirby from Esquire Magazine the most intense comic Kirby ever produced or what? Just gripping. Not sure the colour is original? But it is excellent. The yellow caption blocks, the Crumb/Pekar-like detail, everything. Just excellent.

-This Gray Morrow page from Eerie #2 kinda reminds me of the cover of Love and Rockets 1.
Posted by BK at 7:54 PM