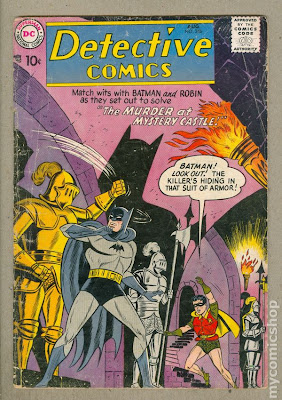 Were the RCMP tipped off about this fellow John Mark Tillmann, maybe because he was trying to sell the Gen. Wolfe letter? Very interesting Mystery Hoard of Canadiana, rare print, antiques confiscated in Halifax. Some hilights from the story: a cop with a history degree and a Nova Scotian archivist named Mooseberger:

By Melanie Patten, The Canadian Press


HALIFAX - An evidence tag hangs from the clunky top half of a suit of armour. Next to it is a handwritten letter penned two centuries ago by British Gen. James Wolfe that sits in protective plastic.

They are part of an illicit and eclectic collection of antiques, rare books, historical documents and paintings that the RCMP allege were brazenly stolen from across Atlantic Canada over 20 years and stashed in a suburban Halifax home until last week.

On Friday, the Mounties held a show-and-tell featuring some of the nearly 1,300 items seized from the two-storey home in Fall River, believed to be from universities, libraries, museums, antique dealers and private collections and worth more than $500,000.

"There are some items that I would say aren't historically significant, but are of value to the people who owned them," said Sgt. Colin MacLean.

"But the vast majority are antiques, historical items that form parts of collections that just can't be replaced."

The small sampling put on display for reporters ranged from the outlandish to the sentimental.

The suit of armour, which was a prop from a movie, was pinched from an antique dealer in Nova Scotia's Annapolis Valley.

Another item — a red wooden chair — was snatched from a local senior citizen within the last year.

"It may not be one of the most valuable items here, but as a family heirloom, to be able to return that to this gentleman is very significant to him," said MacLean.

John Mark Tillmann, 51, faces several counts of possession of stolen property and is due in court Feb. 27 for a bail hearing. Police say additional charges are pending. RCMP say their investigation began when officers pulled over a car last July and allegedly found the letter written by Wolfe. The one-of-a-kind note, dated 1758, had disappeared from Dalhousie University's archives years ago.

Dalhousie archivist Mike Moosberger said staff realized the letter was missing after completing an inventory in 2009, but no one knew for sure whether it had been stolen or merely misplaced.

Moosberger was reunited with the letter Friday at the RCMP detachment, but said he was upset to see that it had been torn and is missing some writing as a result.

"It's obviously going to impact on the value because it's not a complete letter and it's damaged now," he said.

Similar Wolfe letters have fetched US$18,000 at auction, he said.

When the one-of-a-kind note is eventually returned to Dalhousie, Moosberger said there are no plans to keep it under permanent lock and key.

"It doesn't do anyone any good if we've got this material and it's shuttered away or kept in a safe somewhere, and nobody's going to have access to it. Then it might as well have been destroyed," he said.

"You have to see people using it. You have to see the reaction that you get from researchers when they see the original materials. It's really exciting."

MacLean, a history buff who holds a degree in the subject, said the police investigation was far from over. A couple hundred more items believed to be connected to the same case were found earlier this week in Halifax.

"We believe it's going to take us several months to work through all the exhibits, determine where they came from, locate the victims, the owners," he said.

MacLean said police are also working with authorities in the United States to determine whether some items were sold, including a first edition of Charles Darwin's "The Origin of Species."