On the Trail of the Superman 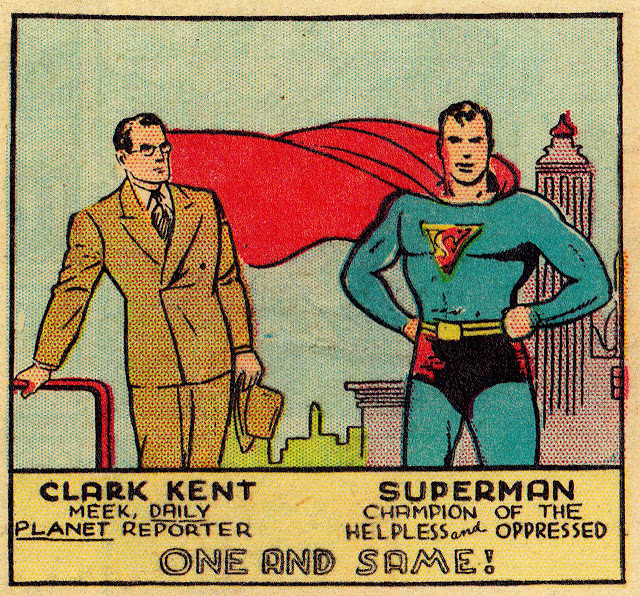 It's always fun to come across early citations of now-common words. For instance, who knew that the earliest cited use of the noun superpower was in an issue of Supersnipe Comics from 1945? Several people, apparently.

I've always been interested in the history of the word superman. Some odd coincidences: Recently I was reading John Carey's The Intellectuals and the Masses which traces aspects of Nietzsche's thought up to the 1940s in part through an examination of the British modernists' disdain for popular culture. Many of the most famous (and famously elite) avant-garde writers of the early 20th Century dabbled in proto-fascist ideas --even those who at some point embraced aspects of socialism. Bernard Shaw is a case in point.

I think many dictionaries cite George Bernard Shaw as responsible for the coinage of superman in his 1903 play Man and Superman. Shaw took the word on loan from the German Ubermensch, first used by Nietzsche in 1883's Thus Spoke Zarathustra. Nietzsche's term is literally "overman". There are English versions that translate it as "superman" that predate Shaw.

A member of the non-revolutionary socialist Fabian Society, nevertheless Shaw "yielded to a craving for strong men in government and ignored the faults and praised what seemed to him the virtues of manifest villains, such as Stalin, Hitler, and Mussolini," according to Robertson Davies.

Anyway, I discovered my favourite early superman citation recently in a work by one of Shaw's contemporaries, P.G. Wodehouse's Something Fresh, a novel first published in 1915. Wodehouse is described by Carey as a champion of lower middle class "clerk" culture; one of the writers who used vulgar slang and wrote for a mass audience. The quote describes George Emerson, a policeman, and is spoken by the object of his affection, Aline Peters:

"You are too overwhelming, too much like a bomb. I think you must be one of these Supermen one reads about. You would want your own way and nothing but your own way. I expect it's through having to be constantly moving people on out in Hong Kong, and all that sort of thing. Now Freddie will roll through hoops and sham dead, and we shall be the happiest pair in the world. I am much too placid and mild to make you happy. You want someone who would stand up to you."

In the middle of reading Wodehouse and I arrived at your blobs trying to define " will roll through hoops and sham dead" - any ideas?