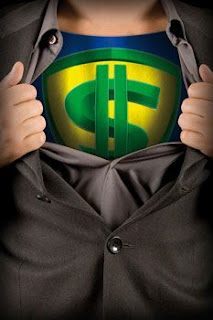 Sure, the Sequential list of Bestselling Canadian Comic Books can give you a taste of what comics are making money, but the CBC has the real lowdown on the high-flying comics nerds who spend the big bucks on comics. Last year they reported on the sale of Action Comics #1 for over $300,000. Now comes the news that a copy of the same issue has finally cracked the million dollar mark. Since it originally cost 10 cents, it doesn't really qualify as "most expensive comic ever" like giant editions of Crumb sex comics or the Gary Panter monograph, but still....

The buyer Monday was a New York-based collector, according to a ComicConnect.com spokesman.

"It's considered by most people as the most important book," said John Dolmayan, a comic book enthusiast and dealer. "It kind of ushered in the age of the superheroes."

This copy got a better price than earlier copies of the same comic at auction because it is in better condition, Dolmayan said.