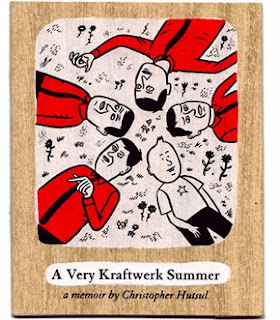 Just putting together my reference list of English-language Canadian comics published in 2009 in preparation for the upcoming Doug Wright Awards nomination meetings. The actual awards are scheduled for Saturday May 8 during TCAF at the Toronto Reference Library.

The list so far, based on the books I've read and/or spotted in the wild:

For those rare serialized "floppy" comics by established creators, like Dave Sim's Glamourpuss which I'm quite enjoying, I'm "waiting for the book." I'd appreciate any suggestions for additions. The Wright Awards are mainly a book award, so suggestions for consideration should generally be in book form. We also consider comic books and mini-comics, especially for the Best Emerging Talent and Pigskin Peters prizes.
Posted by BK at 6:28 AM

Should be Parker: The Hunter, not Hunted....though he does get hunted at times!