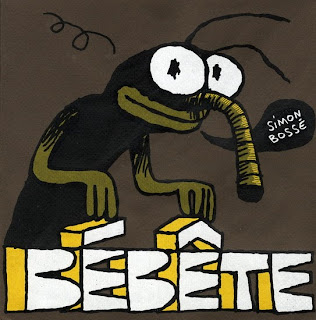 So, the list of nominees for the Wright Awards was released today. I was on the nominating committee again this year which was alot of fun and a great privilege. The newest member of the committee was Sean Rogers who writes about comics for The Walrus magazine and provided the Wrights with a necessary kick in the ass in terms of his wide-ranging comics and cultural interests, youthful exuberance, and superfine taste. These skills came in handy for the long discussions we had about the potential nominees, what books to include in what category, and what exactly qualifies as comics. The result is a very diverse list of awesome books and cartoonists, some of whom were unknown to me before the deliberations began. I'm also pretty excited about the new location for the awards this year, the brand-spanking new Bram and Bluma Appel Salon, located on the top floor of the Toronto Reference Library where TCAF is being held.

I think Max at Sequential was the first to kick out the press release but you can check out the whole awards site here.

March 12, 2010 Toronto- Running the gamut from the acclaimed to the unconventional, the 15 finalists for this year's Doug Wright Awards were announced today in Toronto.

Hand-picked by an esteemed panel of comics experts, the 2010 finalists represent the finest, most thought-provoking work produced by Canada's vibrant comics community.

The shortlist contains works that explore diverse subjects, from the legendary life of Kasper Hauser and the fictional life (and death) of a fading TV host, and spans a range of formats, from wordless lino-cuts graphic novels to "manga" inspired by Western Canadian Haida mythology.

The Doug Wright Awards finalists for Best Book are:

The Doug Wright Awards finalists for Best Emerging Talent are:

The finalists for the 2010 Pigskin Peters Award (for unconventional, "nominally-narrative" comics) are:

Founded in 2004 (in a dimly lit Toronto bar) to celebrate the finest in English-language comics and graphic novels, The Doug Wright Awards have since evolved into one of North America's foremost comics awards and one of its most anticipated events.

Wright Awards finalists defy easy categorization, and include past and present masters of the form and off-the-beaten-path newcomers alike, all vying for one of the most unique and coveted trophies in comics.

The winners are chosen by a jury that includes cartoonists, writers, actors, directors, musicians and, on occasion, politicians.

A featured event of the Toronto Comics Arts Festival (TCAF), the 2010 Doug Wright Awards ceremony will take place on Sat. May 8, at 7 pm at the Toronto Reference Library's new Bram & Bluma Appel Salon.