Toronto, May 8, 2011 — The star power was sky-high at Toronto’s Jackman Hall last night as Canada’s finest comics and graphic novels were honoured at the 7th annual Doug Wright Awards.

Hosted by Tony Award-winning writer, actor and filmmaker Don McKellar, the event drew a capacity crowd of the cartooning world's luminaries and fans, including the Gemini Award-winning star of Being Erica, Erin Karpluk. 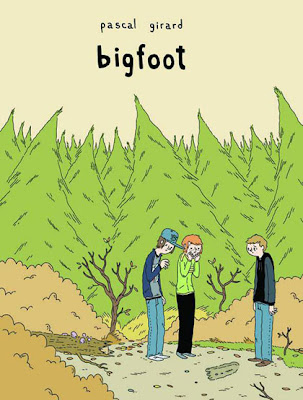 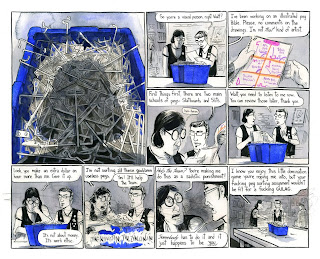 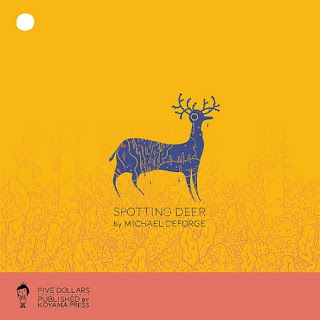 Held in conjunction with the 2011 Toronto Comic Arts Festival (TCAF), the ceremony also saw legendary Vancouver cartoonist David Boswell inducted into The Giants of the North, the Canadian Cartoonists Hall of Fame.

The creator of the influential alternative comic Reid Fleming: World’s Toughest Milkman, Boswell's work made him a favourite of underground and alternative comics fans in the 1980s and he subsequently was a major influence on a generation of alt-comix cartoonists.

“Fellows' illustrations not only perfectly capture the languid Spanish afternoons, sun-soaked beaches, and cramped hostels, which any backpacker will recognize, but the fleeting nature of a one-night stand, and the rude awakening of a hangover. Spain and Morocco is a story about love, friendship, and, most of all, life. With an artist's eye and a poet's tongue Fellows chronicles the strange journey of two lost men without ever losing the reader's attention. He is unquestionably deserving of this year's Doug Wright Award for Best Emerging Talent.”

“Pascal Girard's Bigfoot is a generous and funny coming-of-age story about growing up in a small Quebec town with a big heart. Jimmy is in love, his best friend has humiliated him via YouTube, and the adults in his life are around the bend. Add to this a rumour of Bigfoot at large in the Saguenay woods, and what you get is a wonderfully warm and comic portrait of life as it is lived. Expressively and crisply drawn figures fill the pages of BIGFOOT, and Girard's bright colours--something he has become justly celebrated for---give it all a gorgeous depth. Wry, rueful, and profoundly honest, Bigfoot is a triumph of cartooning and is surely deserves to win the 2011 Doug Wright Award for Best Book.”

“Like a lost episode of the Audubon Wildlife Theatre broadcast from the Twilight Zone, Michael DeForge’s Spotting Deer is an otherworldly travelogue on the habits, habitat and culture of a species of large Canadian slugs which physically resemble deer. Typical of Deforge's distinctive and rapidly growing body of work, Spotting Deer deftly combines the beautiful with the repellent into a truly original comic.”

The Best Book and Best Emerging Talent winners received a glass-and-wood trophy made by Guelph, Ontario cartoonist Seth. The Pigskin Peters Award winner receives a unique “wearable” trophy that is comprised of a customized bowler hat and plaque that also serves as a hat hook (also designed by Seth).

In addition, each of the winners received a trophy and a special hard-bound copy of their winning book.

About The Doug Wright Awards
The Doug Wright Awards are a non-profit organization formed in 2004 to honour the lasting legacy of the late, great Canadian cartoonist Doug Wright (1917 – 1983), whose strip Doug Wright's Family ran in newspapers in Canada and around the world from the late 1940s to the early 1980s. Founded in 2004, the annual awards recognize the best and brightest in English-language comics and graphic novels published in the previous calendar year (including first translated editions).
Posted by BK at 2:34 PM