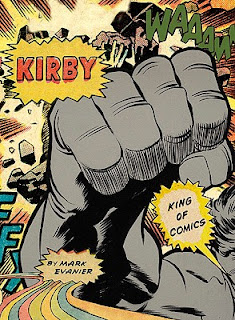 I just signed the petition "Marvel Entertainment: Give credit and royalties to Jack Kirby and his family" and wanted to see if you could help by adding your name.

Our goal is to reach 100 signatures and we need more support. You can read more and sign the petition here:

Give credit and royalties to Jack Kirby and his family.

Jack Kirby is one of the most important and influential artists in the history of U.S. comic books and popular culture. Along with writers Joe Simon, Stan Lee, and Larry Lieber, Jack Kirby created the characters and stories on which Marvel Comics has built a very successful business over the past 60 years. Kirby created or co-created Captain America, Thor, Iron Man, The X-Men, The Hulk, The Fantastic Four, The Avengers, and many more. For his efforts, Kirby was paid a few dollars a page and never shared in the billions of dollars in profits his characters have made in various media, including print, film, and video games.

Until such a time as Marvel can make things right with Kirby's legacy and Kirby's family and heirs, we will refuse to purchase any Marvel product, including comic books, movies, toys, or games. We ask Marvel, Disney, and its shareholders to act ethically and morally in this situation, just as their characters would.

Change.org|Start an Online Petition »
Posted by BK at 11:14 PM