I'm starting to do a little bit of research into my hometown's hidden comics history as preparation for writing about our homegrown comic book company, the late, lamented, Tragedy Strikes Press.  Below we have two images from the Guelph Mercury newspaper archives, housed at the Guelph Public Library. The first is a gathering of kids trading (mostly coverless?) comics at the library in 1976. It looks like that may be a Superboy comic face up on the table, but I can't identify anything else. The second photo was taken at the first comic shop I remember going to in town, Card N Comics (located on the same street I have a business on today!), and one of the principles in Tragedy Strikes Press, co-owner Fiona Kenny. What a wonderful random sampling of the early-80s comics culture on display in that shop! 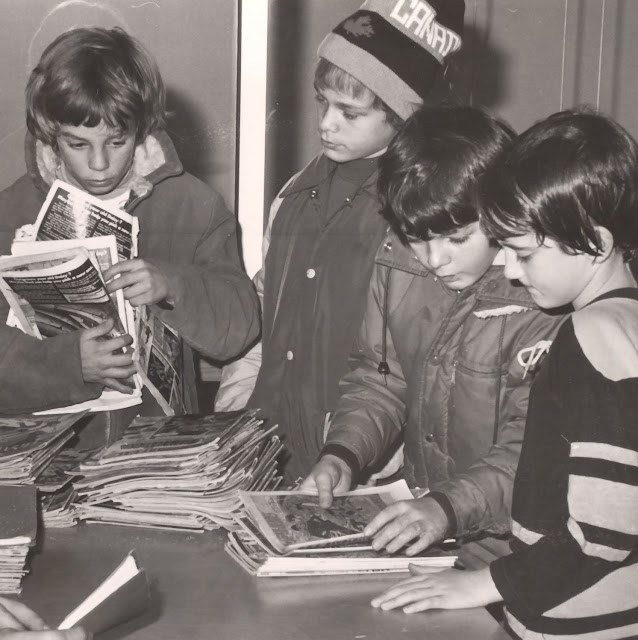 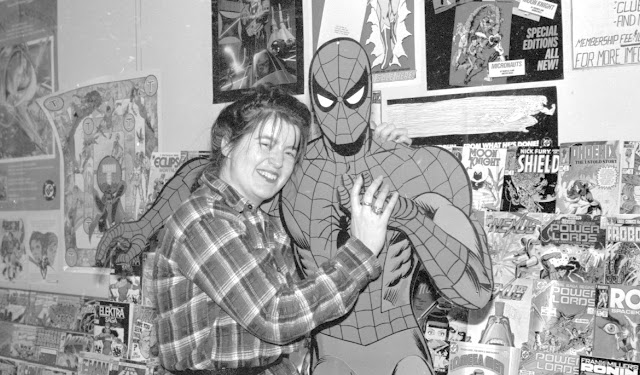