I finally picked up a physical copy of this Maclean's Magazine article from 1948. The 5-page article "What About the Comics?" by Sidney Katz appeared in the December 1st issue and for its time was a quite thorough look at the moral panic over so-called "crime comics". For the article, Katz corresponded with the New York psychiatrist Fredric Wertham, author of the anti-comics diatribe Seduction of the Innocent, and quotes an armload of other thinkers on early childhood education including Dr. Spock. The article also touches on the crusade to have the sale of crime comics criminalized, and looks at the use of religious and educational comics in the classroom, mentioning many of the then-popular U.S. comic book titles and features along the way. The article is one of the earliest published in the international "mainstream" media to treat with this subject, and comes across as fairly balanced (Katz went on to specialize in award-winning journalism with a focus on psychology and mental illness). The article is well-documented and often-cited in the study of anti-comics literature, and is even still available on the Maclean's site to subscribers, but it's nice to have my own original copy. The best part is the staged photo of the kids reading the comics in front of a Maclean's newsstand. I like to imagine this was photographed in the lobby of the Maclean's building at 481 University Ave in Toronto, perhaps using the well-dressed children of the photographer. The sale of crime comics was criminalized in Canada in 1949 as a result of The Fulton Bill. 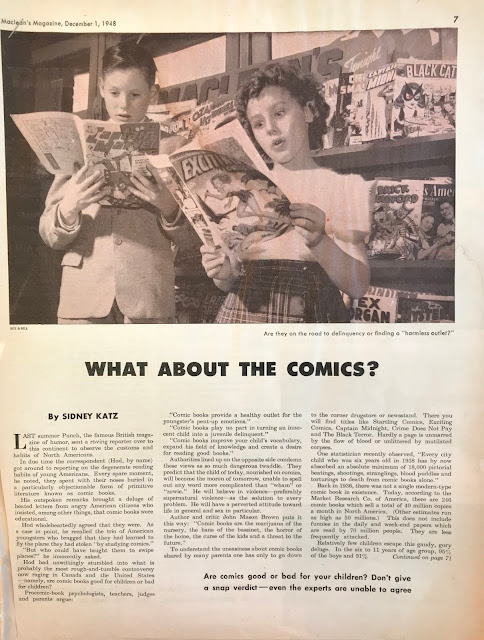 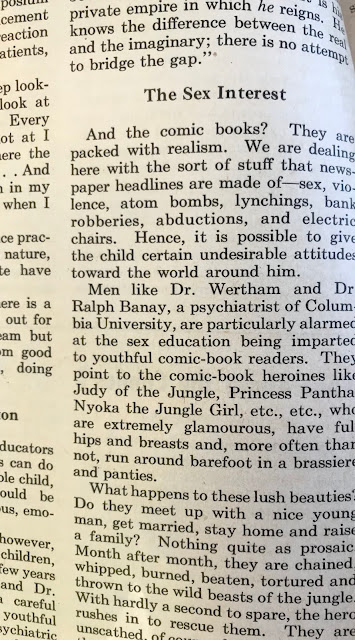 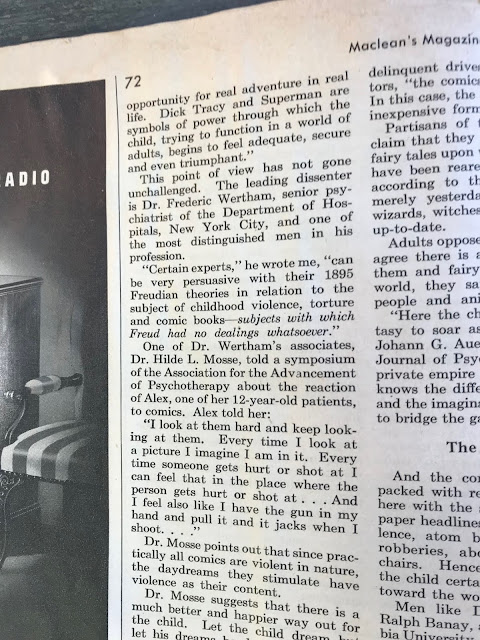 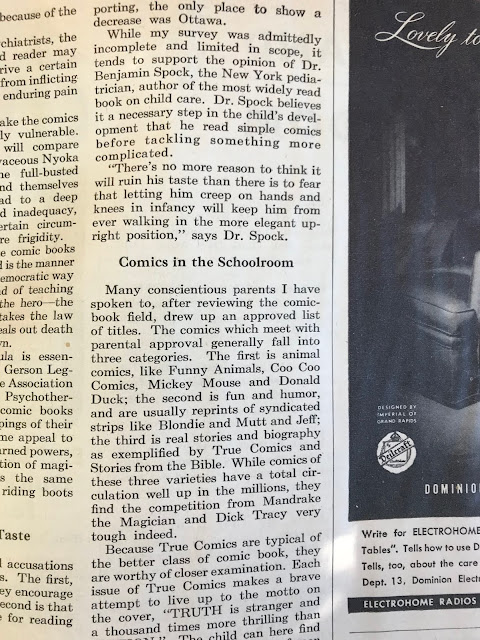 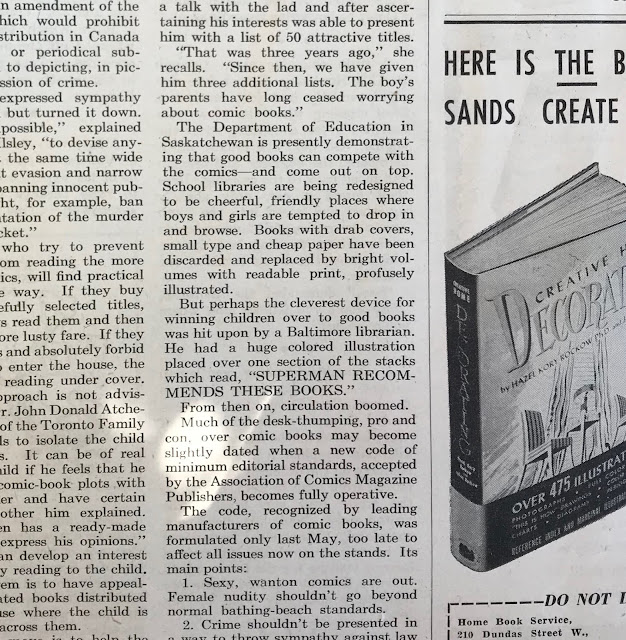