My new favourite comic book character is Sleepin' Lena, the anthropomorphic lady cat afflicted with hypersomnia. Lena was written and drawn by Erich F.T. Schenk, an American journeyman cartoonist who worked for a variety of publishers in the 1940s, and also for the Fleisher animation studio, where he provided surreal background paintings for Popeye and Betty Boop cartoons. Lena appeared in only a handful of stories in different titles. In each story, Lena gets a new job but falls asleep and has a dreamlike adventure before getting fired. I love the character especially because of this story where she is hired as a soda jerk in a candy store, just like my store! A truly weird character at the intersection of race and gender. The comics historian Cheryl Spoehr has posited that Lena is a literary "type" based on stereotypes of people of colour, especially broken down maids, found in popular American books and other media of the early 20th Century. Perhaps the name is borrowed from Lena Horne, who was at the height of her early success in the 1940s?
(from Merry-Go-Round Comics 1945, nn --only issue, published by American Comics Group) 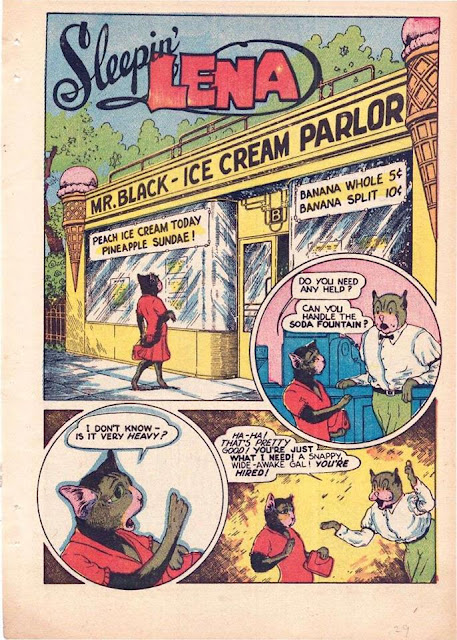 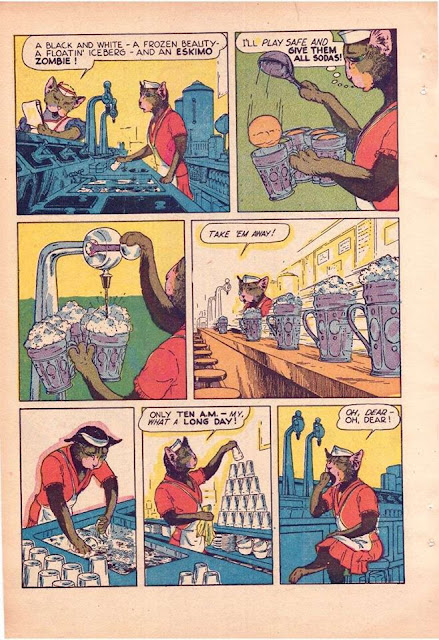 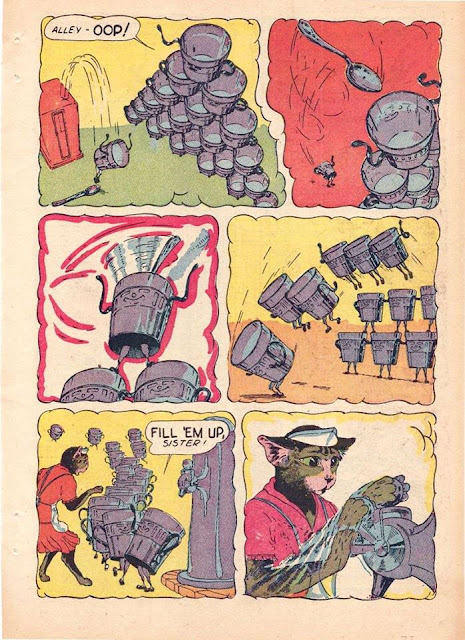 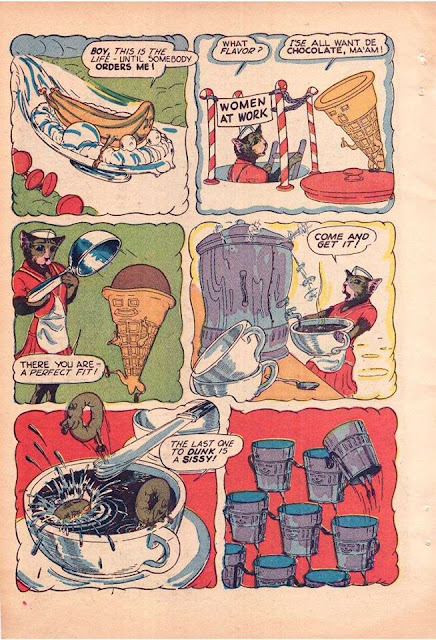 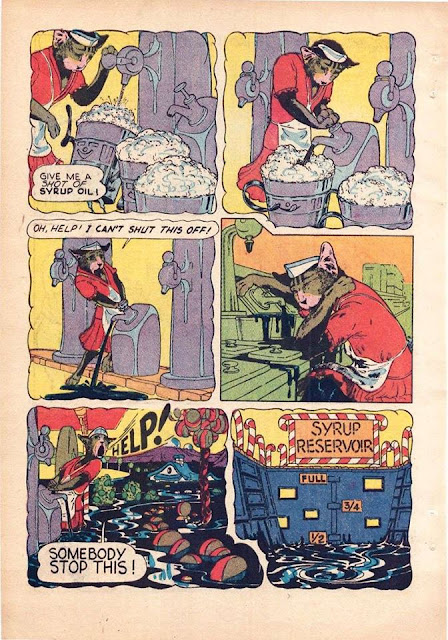 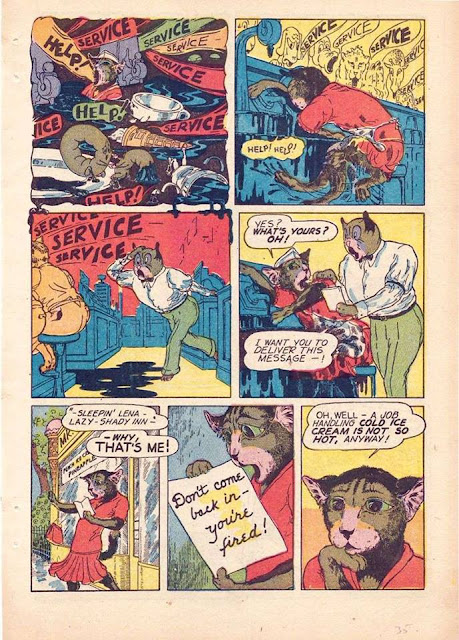 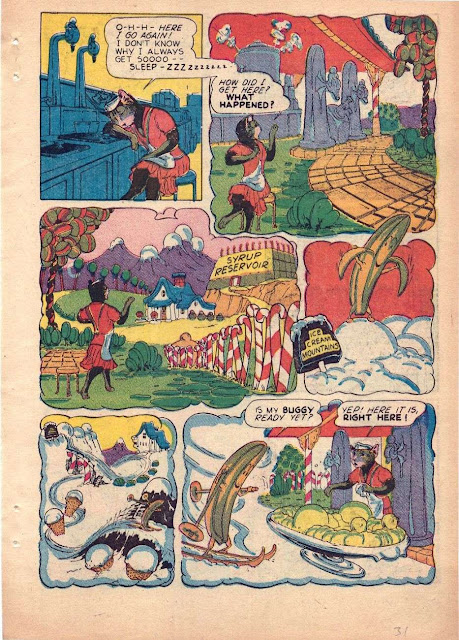 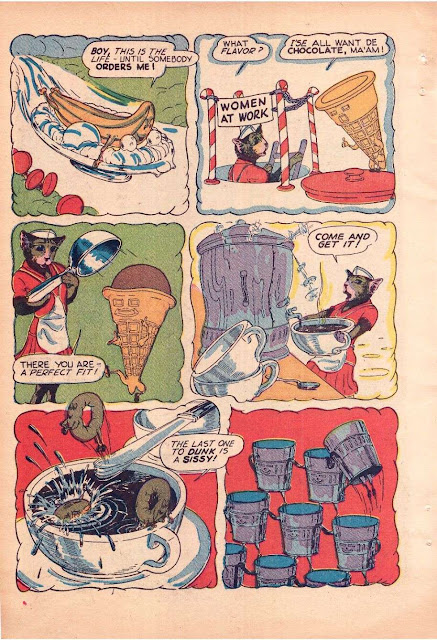 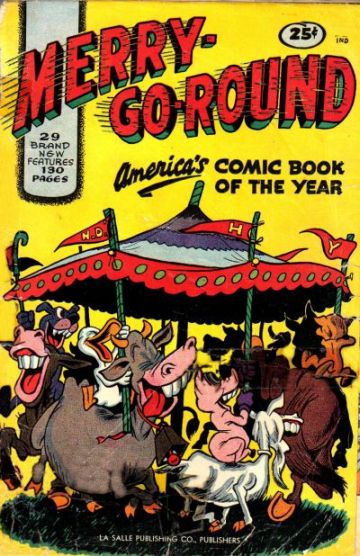