I think the consensus is that the Little King comics published by Dell were written and thumbnailed by John Stanley of Little Lulu fame. The Little King is one of the most iconic of comic strips and its creator, Otto Soglow, was a great cartoonist, beloved of little children and adult intellectuals alike (Salvador Dali was his biggest fan). The Dell comic book adaptations, signed by Soglow but not by him, are also great. These comics are playful and actually funny, with a great graphic aspect that echoes the comic strip in its use of geometric shapes, contrast and wonderful compositions. Just beautiful. 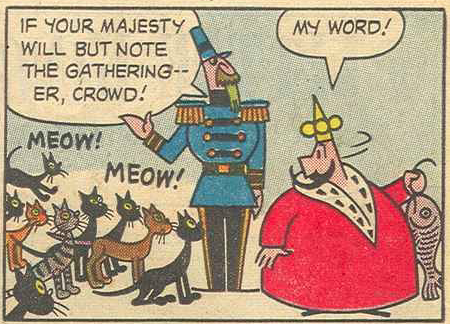 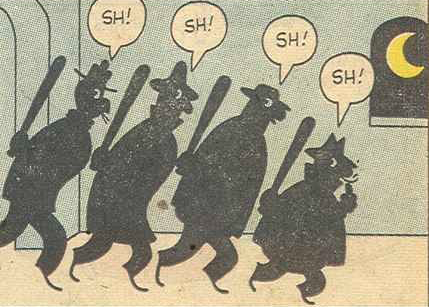