by BK Munn
Saw Roma (2018) last night. Beautiful film. I think I know the secret to its success: a hidden cameo by Nancy and Sluggo in the film’s final minutes. Part of the film’s metacommentary on movies and childhood, the issue is Periquita #200 (Periquita and Tito were the Spanish-language Nancy and Sluggo), one of several comics seen fleetingly in Roma. I think this issue is an anachronism from 1975  OR 1976 (the movie is set in 1971 around the Corpus Christi massacre in Mexico City). Published by Editorial Novaro, it appears to be reprints of the U.S. Dell comics series, with John Stanley stories. There is a great line in the film when a young couple is about to go to the movies for a make-out session, and the young woman says “I prefer to play in the dark.”

The monthly series began publication in 1960 and each issue consisted of 32 full-colour pages. The dimensions of the comics changed beginning in March 1975 due to the rise in the cost of paper, forcing the publisher to reduce the size of its comics by almost half to 19.5 x 13.5 cm from 25 x 17 cm (this is when the "Eagle Series" logo appears). Some stories may have been written and drawn by Mexican creators. 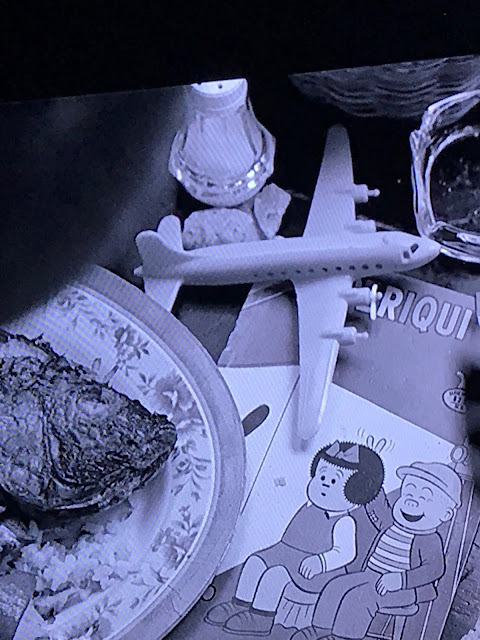 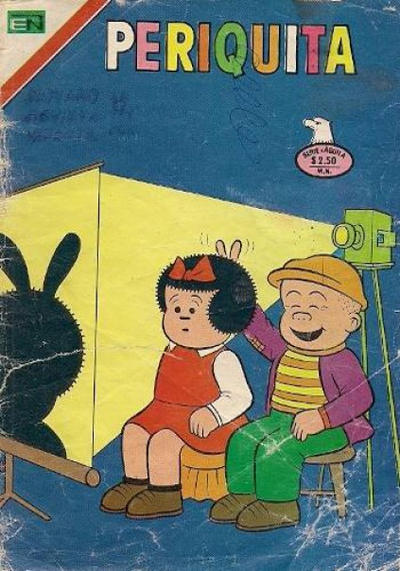 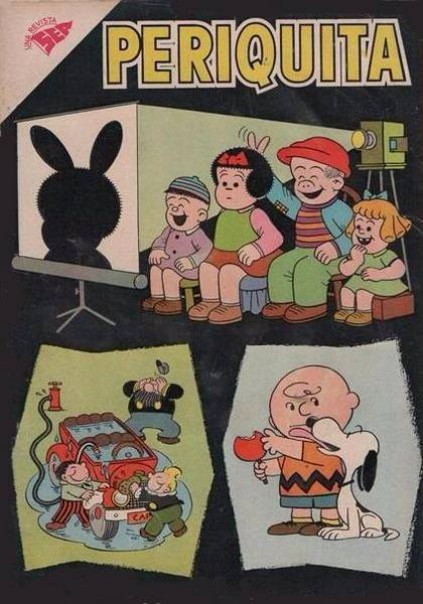