Gene Colan: How Do I Make Him Love Me? 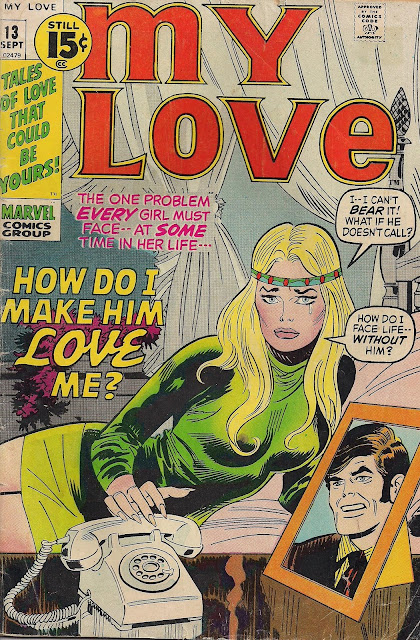 Imagine my surprise this afternoon, just days after learning of the death of comic book artist Gene Colan, to be offered for sale by a total stranger a small pile of books and magazines including exactly one comic, My Love #13, published in 1970 by Marvel Comics with cover by John Buscema and Frank Giacoia and a lead story illustrated by Colan, "How Do I Make Him Love Me?" I bought the lot based on the Colan story alone, thinking the coincidence too significant to ignore. 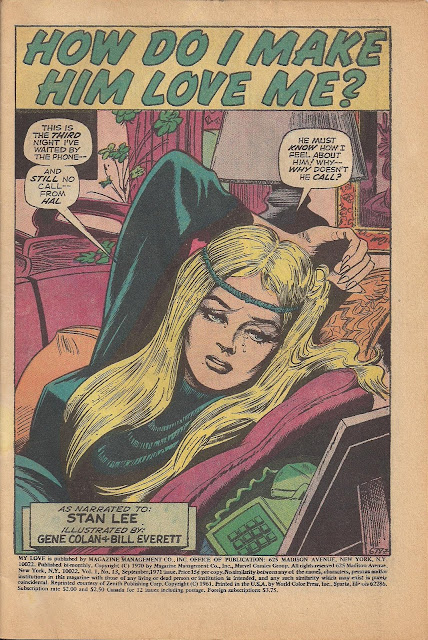 Along with Our Love Story, the My Love title was part of Marvel's re-entry into the romance comics market in the late-1960s and early-1970s. These titles were made up of new stories plotted and scripted by Stan Lee and his small stable of writers and co-plotted/illustrated by the Marvel Bullpen of artists from the regular superhero/action side of the company, including John Buscema and John Romita. Most issues also featured reprints of earlier Marvel romance work (often updated by artist Marie Severin) as well as the "Suzan Says" advice column penned by Marvel secretary and "Girl Friday" Suzan Pasternak (aka Suzan Loeb). These 70s romance comics are fascinating in part because they offer us a glimpse of these popular artists creating more adult, less fantasy-oriented material for a female audience, while at the same time they reveal the degree to which the Marvel comics of the time had become dominated by romance tropes in terms of both story and visuals, the classic Marvel soap-opera style of plotting that emphasized strong female supporting characters and continuing erotic entanglements for the hero. The classic examples of this peak period are the John Romita-illustrated Spider-Man, with characters like Peter Parker's girlfriend Mary Jane Watson, and the Gene Colan-illustrated Daredevil, featuring the sexy super-spy and Matt Murdock love-interest, The Black Widow. 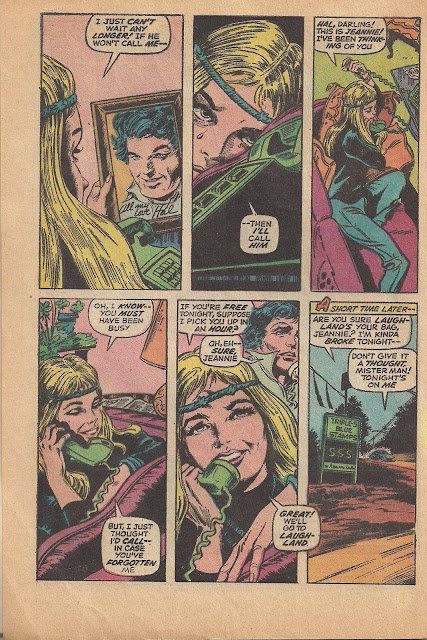 Despite this genre crossover, the romance comics represent a separate comics reality and allow the artists to flex different muscles. Although shorter than the superhero adventures of the time (most are between 6 and 8 pages long), these anthology stories by their nature devote more space to the subtle emotional states of their protagonists and are interior, domestic, and humanly-scaled where the superhero comics are often focused on gargantuan public spectacle and violent expressions of emotion. The artists respond to this different subject matter with a more varied approach, using more filmic and comic strip-y techniques like montage, atmospheric shading and colour, and lots of close-ups and medium two-shots. 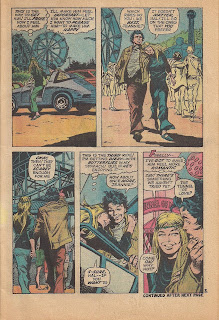 The Gene Colan story in My Love #13 is a fairly sedate example of this approach, a 6-page tale of a young woman learning how not to scare away her boyfriend by seeming to be overly bold, needy, or desperate (the moral: quit calling him and try playing a little hard to get). In "How Do I Make Him Love Me,” written (or at least “dialogued”) by Stan Lee, Colan's art serves the script with economy and clear cartooning, with pages laid out in more-or-less conventional 5, 6, and 7-panel grids that give equal weight to each panel beat or scene. Frequent collaborator Bill Everett's fine, woodcut-style inking perhaps mitigates any variation in line and shadow that may have been present in Colan's original pencils, rendering everything with a well-lit clarity although there still are one or two shadowy panels and a moody urban night scene (and the story's protagonist seems to morph facially between a Susan Dey-style hippie and an arched-eyebrow Atlantean princess). 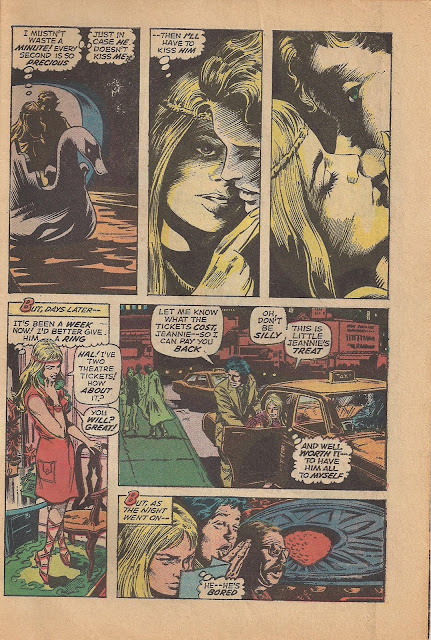 Throughout, Colan demonstrates his skill at depicting realistic street scenes, gesture, and facial expression, augmented by cartoon devices, camera angles, and caricature. In one panel, even the young lovers' bell-bottom jeans seem to share in their carefree experience of a fun day at the amusement park, splaying out wildly like a fashionable version of Dr. Strange's animated cape. In other panels, the extremely dramatic angles highlight the importance of the telephone to the plot. 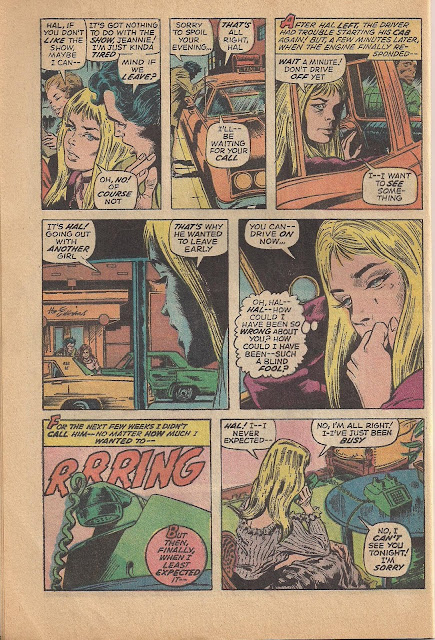 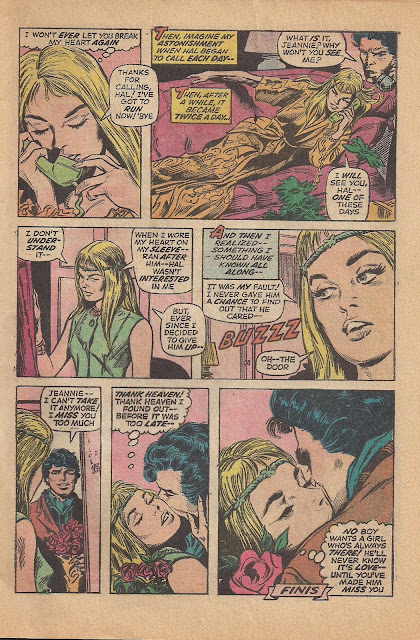