A new entry in the Comic Fan Project, the search for early Canadian comic book fans!

This entry brings us a letter printed in Marvel's Avengers #31 from August 1966. The letter is a comment on the character and plot developments in the run of Avengers co-plotted and illustrated by cartoonist Don Heck who replaced Avengers co-creator Jack Kirby on the feature and was the other primary visual chronicler of the era before Big John Buscema and Neal Adams made their mark later in the "Silver Age":

Dear Stan and Don,
No! No! You can't do this! You can't leave Henry Pym a ten-foot-tall freak!.You'll be rouing one of the most beautiful romances in comicdom. We Marvelites will never tolerate this man's being deprived of what he has needed most in life since the loss of his first wife --the love of Janet Van Dyne. On this we all stand firm. As a matter of fact I'm still amazed that he and the Wasp are not already married. They had plenty of time in which to be wed during their recent period of inactivity. Except for this weakness, the come-back of Giant-Man was rather spectacular. His new costume finally adds that last basic color that has been missing in the new Avengers, and that is yellow. Two things still puzzle me --one is his size. The 25-foot version is too big and too clumsy, as we frantic fans noticed as he struggled to squeeze through the corridors of the Collector's castle. In this state he more of a hindrance than a help to the Avengers. The ten-foot height is slightly undersized. Giant-Man always was and will ever be at his peak in mobility, strength, and power at his standard 12-foot combat height which is the height he displayed on the cover of issue #28. This is the way I and many other old-time Marvelites remember him and will always remember him. The other thing I find hard to accept is his new name. Somehow the name Goliath will never overshadow the glory tha was once in the name of he who we called Giant-Man, for this was how we grew to admire him. The old name sticks close to the heart of many of us. Should these few flaws be remedied, I am sure the new Avengers would reach a peak that might even surpass the glory of the old Avengers.
Claude Paquet5834 Molson St.Montreal 36Quebec, Canada

A great letter full of early fan entitlement and some size puns devoted to perennial nobody's favourite Hank Pym aka Ant-Man aka Giant-Man aka Goliath aka Yellowjacket. At this point in Marvel's development, it's interesting to read a reader self-identify as both a Giant-Man fan and as an "old-time Marvelite" --the Marvel U is at this point only 4 or 5 years old and the letter is written in response to Avengers #28! Also interesting that at this point, the Avengers was basically "The Adventures of Giant-Man"...

Thanks to Claude Paquet of Montreal! 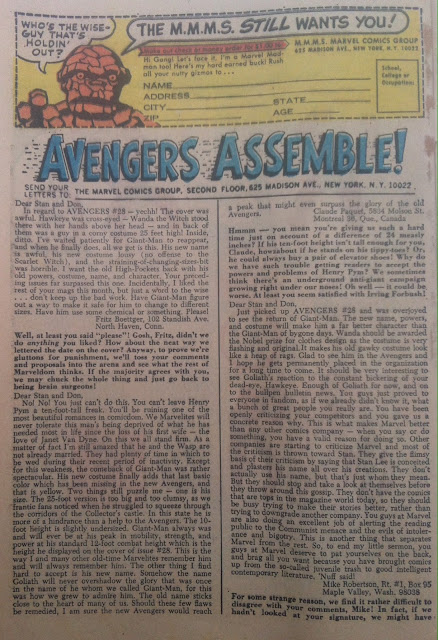 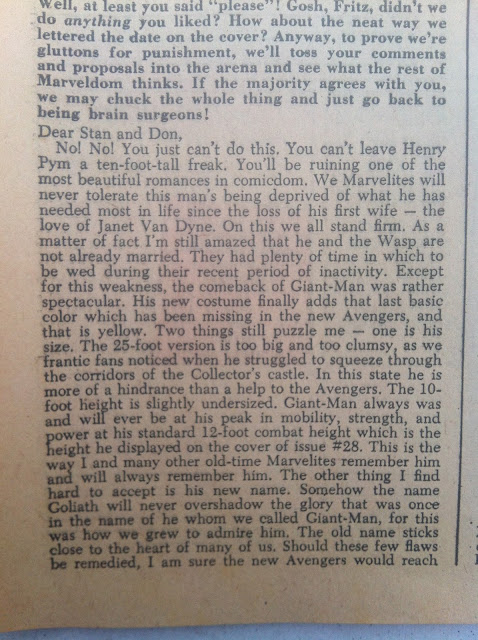 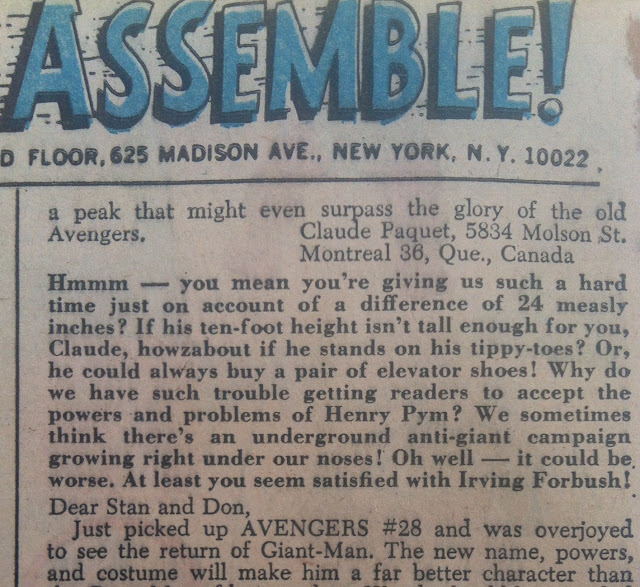 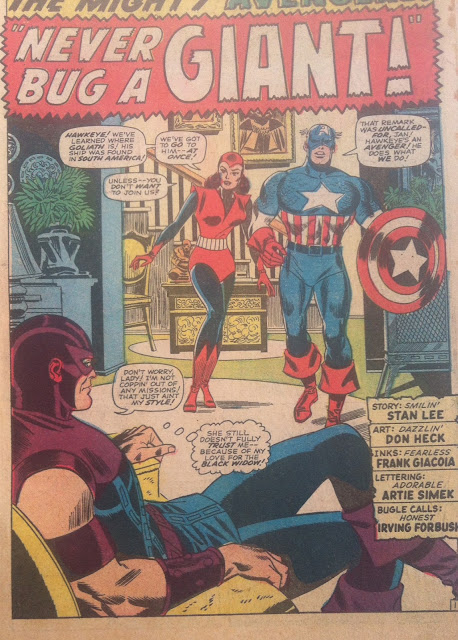 I have to convey my respect for your kindness for all those that require guidance on this one field. Your special commitment to passing the solution up and down has been incredibly functional and has continually empowered most people just like me to achieve their dreams. Your amazing insightful information entails much to me and especially to my peers. Thanks a ton; from all of us.

I have to convey my respect for your kindness for all those that require guidance on this one field. Your special commitment to passing the solution up and down has been incredibly functional and has continually empowered most people just like me to achieve their dreams. Your amazing insightful information entails much to me and especially to my peers. Thanks a ton; from all of us.