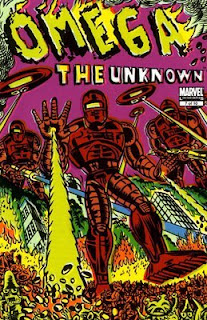 Of the graphic novels and comics I've read from 2008, here are my favourites. I've categorized according to rough genres. I'm drawn to long-form fiction comics (graphic novels) more than most forms of comics and tend to favour them in my reading and list-making. Dash Shaw's Bottomless Bellybutton was a revelation for me, wonderful art, a mesmerizing, emotional narrative. It was also the work of a relative newcomer, as is the work I've listed in minicomics. I feel kind of silly comparing, say, Jason Kieffer's or Jesse Jacobs' short comics with Shaw's massive book but end-of-year lists seem to do that all the time. Some things are easier to rank. I actually read more new superhero comics in 2008 than in any year since 1986, including large chunks of the latest from Grant Morrison, Brian Bendis, and Ed Brubaker, and I can honestly say that the 6 pages of Gary Panter in Omega #7 and the first two chapters of Jaime Hernandez's superhero saga in the new Love and Rockets blew most of those long-underwear types out of the sky. They were also more profoundly beautiful than several of my choices in other categories.

I also refuse to rank archival re-issues of classic comic strips by past masters, some of the best comics of all time, alongside new minicomics or memoirs or prints of Japanese horror adventure comics. And speaking of translations, I decided to lump the translated Canadian comics on my list in with the other translated comics I read. So, more divisions. I thought of a separate Canadian category for all, but thought the Canuck entries stand up well in international company. It also says something for the current era of comics publishing that there is enough interesting, quite excellent and even wonderful work being published in a number of different categories.

Superhero
Love and Rockets #1 by Jaime and Gilbert Hernandez
Omega the Unknown #7 by Gary Panter, Jonathan Lethem and Farel Dalrymple

Webcomic
www.harkavagrant.com by Kate Beaton
Posted by BK at 1:40 AM