Just bought a small pile of old Maclean's magazines from the 1930s and 40s, only to discover a new cartoonist I've never heard of and can find no reference to. The single gag panel appears in the February 15, 1949 issue of Maclean's and is entitled "Wilfie" by Jay Work. The name sounds like a pseudonym, but who knows? The strip appears to be a continuing feature, along the lines of James Simpkins' Jasper, an early example of which appears a few pages earlier in the same issue. Simpkins' strip ran every week in the magazine for decades, beginning in the late 1940s, and I can only assume that Wilfie followed the same formula, with the same character appearing in different situations. Wilfie looks like a Caspar Milquetoast or Crockett Johnson's "The Little Man With the Eyes-type character. Work's style is definitely sketchier than Simpkins', whose washes and versatility of line helped propel the fish-out-of-water anthropomorphics of Jasper through several incarnations. The hockey subject-matter of the panel makes me think Canadian, as well. Other highlights of this issue, besides noting that Pierre Berton is listed as copy editor on the masthead, are cartoons by anti-fascist artist Len Norris. 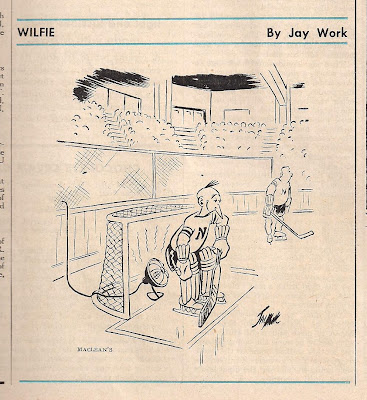 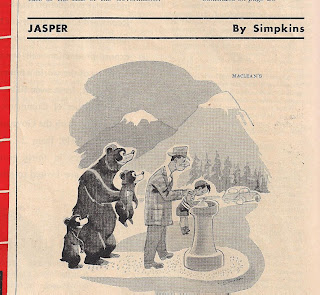 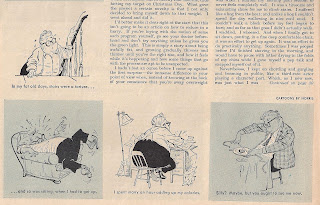 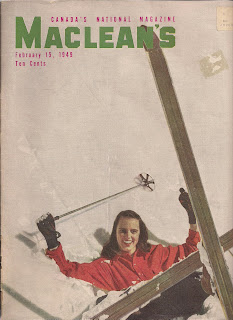 Jay Work was my grandfather, Jack Work, he lived on Vancouver Island for his whole life. I knew him as an employee of the Celeron pulp mill but I know he was a well known model railroading expert, published in magazines, and a prolific wood worker and artist.

Unknown said...
This comment has been removed by the author.
12:46 AM