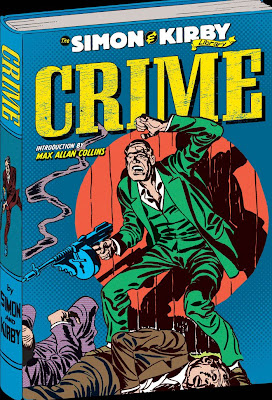 Vancouver blogger A Trout in the Milk makes some interesting points and has some advice for people who were baffled or angered about Grant Morrison's recent comments about Siegel and Shuster. It's a longer article but worth reading in full. I think more an more people are coming to realize that our childhood favourites (and current boxoffice champions) are characters who have been unfairly appropriated from their creators. We still love the characters and all those great stories, but don't know what to do about the conflicted feelings we have. Can we still enjoy these comics, films, and videogames when we know the company that produces them is still actively engaged in screwing over the families of the people like Jack Kirby and Jerry Siegel who gave birth to Captain America and Superman? And what about the people who write and draw new stories today. Should their attitude towards Kirby, Siegel and Shuster have any bearing on how we read their current comics?

But here’s the problem: it isn’t right. Not unless we’re prepared to do something about it. I mean: any of it. You know what I mean?
And that doesn’t necessarily mean “boycott”. It doesn’t even necessarily mean “protest”. But it does mean “reaction”. Take me, for example: I’m not engaged in a boycott, and I’m not protesting anything. But I am having a reaction, in that I’ve just stopped buying shit — even good shit — that leaves me with a bad taste in my mouth. And I’m not saying I’m any better or worse than anyone else because of it, but that’s the reaction that I’m having because I’m having one. Of course there are any number of reactions a person could have to the injustice on display in Marvel’s actions toward the Kirbys, DC’s actions toward the Siegels, if one is not actually predisposed to take the side of the companies. “Not caring” is one of these possible reactions. “Making excuses to oneself for still needing the job/wanting the comics” is another. And personally I’ve got no problem with people in the “making excuses” mode; I make excuses for things I do that don’t sit 100% right with me, just about every day. So I know that it is a reaction, a perfectly valid reaction. And you know it’s a little bit like work, too? It’s a little bit like work…
So you pay for the privilege, of making excuses. And that’s fine. But in my case, I don’t feel I have to pay that way anymore. And, in some way do I have Grant Morrison to thank for it? It was Steve Bissette calling for a boycott on Marvel that made me think of it, but maybe it was Morrison’s comments, and the reaction to Morrison’s comments, that finally made me feel like acting, made me feel like I wasn’t stuck with the situation as it was.