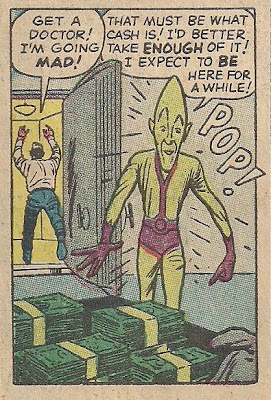 One of the ways that we can show our support for the Marvel Boycott to strengthen Jack Kirby's legacy is to provide financial backing to projects that put the genius of Kirby front and center. So, instead of buying Marvel reprints of his comics that don't pay royalties to the Kirby family, or Marvel comics that use characters Jack created without credit, maybe consider buying comics that pay royalties and give credit, like the DC Omnibus editions of Kirby classics, the Titan Books Simon and Kirby Library, or the new Kirby Genesis series of comics based on his creations.

And now there is a new way to keep the Kirby legacy alive: Rand Hoppe, one of the principles behind the registered not-for-profit Jack Kirby Museum, recently announced plans to open a temporary Kirby museum in Jack's old New York City neighborhood. The Kirby Museum has only been a virtual, online organization so far, with scattered archives and volunteers. Hoppe wants to open a physical storefront museum on New York's Lower East Side starting next month and he is asking for donations of $20 or more to get the project realized.

An actual Kirby museum would give fans of the King a place to see his original art and learn about his life, and would be an invaluable tool for presenting Kirby to the world and educating people about his central role in the creation of Marvel and its many characters.

Our intention is to set up a temporary, or “pop-up,” brick-and-mortar location for the Jack Kirby Museum during this November, December and January. The ideal size for this purpose is between 800-1,200-square-feet, and would feature original artwork, artifacts from Jack’s life, prominent guest speakers, educational programs and installation pieces inspired by and celebrating the unique work and life of Jack Kirby.

A space like this dedicated entirely to the life and work of Jack Kirby would be equally appealing to seasoned art patrons, pop-art connoisseurs, casual fans, tourists, and families. Successful implementation of this pop-up museum will allow us to pursue the ultimate goal of a PERMANENT space for the Museum in the near future.

Again, nothing like this has ever been attempted. And, in order to make this happen, we need funding.

[...] We understand that trying to raise significant funds in such a short amount of time is ambitious. Our current estimate is that we'd need more than $30,000 to fund the real estate end of the project (rent, legal, security, insurance, etc.) for ten to twelve weeks. While this sounds like an awful lot of money (and... it is!), it's really just a question of finding 1,000 Jack Kirby fans willing to donate more than $30 each! Simplistic? Perhaps. We prefer "optimistic", though. We don't underestimate Kirby fans.... 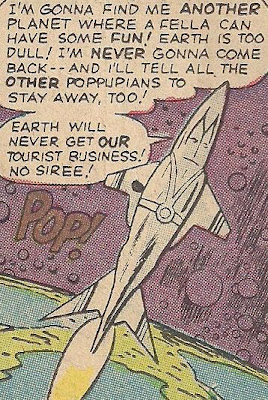